Next year, Congress is expected to vote on H.R. 4674, commonly known as the College Affordability Act.  On page 770 of the 1,200-page bill – which focuses in large part on restructuring student debt, “free” community college proposals and other measures aimed at expanding access to education – is one item that runs counter to 4674’s stated intent.  Veterans for Career Education (VCE) is touring the country, educating the public (and veterans in particular) on how that proposed step will actually restrict veterans’ access to higher education, making it harder for servicemen and women to transition into new careers after serving our country.

“If this bill passes in its current form,” reads a statement on VCE’s website. “Congress is essentially telling veterans that they are incapable of choosing the school that best fits their career goals.”

The “Let Vets Choose” tour stopped at the Lincoln Tech Marietta campus on October 15th.  VCE’s presentation – highlighted by speaker Pete Hegseth, a decorated army veteran and TV news analyst – was designed to help veterans understand their options for applying their military benefits.  More than 40 veterans – including Lincoln Tech students and staff – came out to learn more about the newly proposed legislation.  In its current state, The College Affordability Act includes a clause that would severely restrict veterans’ ability to apply benefits they’ve earned toward educational programs at schools like Lincoln Tech.

H.R. 4674 is sponsored by Virginia representative Robert C. Scott, and co-sponsored by more than 50 other legislators.

VCE launched the tour to inform veterans about their eligibility to apply benefits such as the Post 9/11 GI Bill*, Yellow Ribbon Program and others toward career training at the college or institution of their choice.  These are benefits earned by our military members while they put their lives on the line in service to their country.  Hegseth has been a leading voice in the effort to halt those portions of the legislation which would restrict veterans’ options in seeking career training after serving in the military.

VCE’s stated mission is “to support the right of veterans to use their earned education benefits to gain career skills at the college or institution of their choice.”  To date, the tour has reached more than three dozen schools around the country.  VCE enjoys the support of Career Education College and Universities (CECU), an organization that represents almost 1,500 schools across the United States.

If anyone understands the need to protect the rights of veterans seeking to continue their education, it’s Pete Hegseth – who holds two Bronze Stars and a Combat Infantryman’s Badge for his time in Iraq and Afghanistan.  He has deployed three times since the September 11th, 2001 terror attacks.  He most recently served as the senior counterinsurgency instructor at the Counterinsurgency Training Center in Kabul, Afghanistan from 2011-2012.  He has also served in Iraq and guarded detainees at Guantanamo Bay.  He is now a Fox News host and political analyst, and authored his first book, “In the Arena”, in 2016.

Lincoln Tech Continues its Tradition of Service to Veterans

Since 1946, Lincoln schools across the country have proudly served the men and women of the U.S. Armed Forces.  The first Lincoln Tech campus opened in Newark, New Jersey with the express purpose of helping veterans returning from the World War II theatres transform their military skills into career skills.  Initially helping veterans begin careers in the evolving heating, air conditioning and refrigeration field – what we now know as HVAC – Lincoln’s programs expanded to include career training for the auto, diesel, electrical and heavy equipment industries.

“America’s veterans will always have a partner in Lincoln Tech,” says Marietta Campus President Brian Capozzi.  “We’re proud to offer training and personal guidance to veterans that leads to new careers and helps with an overall transition into civilian life.”

Jim Kuntz, President of Lincoln Tech’s South Plainfield, New Jersey campus is a veteran himself – a former Staff Sergeant in the U.S. Army.  “Faculty, staff and student-veterans often gather on campus to enjoy the comradery we had while we were serving,” he says.  “It reminds us of the special bond we once had with some very special people in our lives.  Lincoln Tech schools go out of their way to ensure the career goals and academic well-being of veterans are a top priority.”

Lincoln Tech is honored to host these Veterans for Career Education events and continue its long-held tradition of service to our nation’s veterans.  To learn more, and to support legislation that makes postsecondary education more available to veterans, visit https://www.vetsforcareered.org/.

* GI Bill® is a registered trademark of the U.S. Department of Veterans Affairs (VA). More information about education benefits offered by VA is available at the official U.S. government Web site at http://www.benefits.va.gov/gibill. 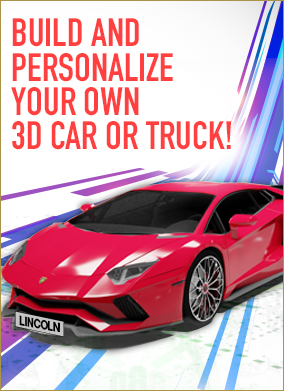